We have successfully calibrated our indoor Outside Area Test site – (iOATS test site) radiated emissions testing chamber to the latest ANSI C63.4: 2014.  ANSI C63.4: 2014 is the “American National Standard for Methods of Measurement of Radio-Noise Emissions from Low-Voltage Electrical and Electronic Equipment” in the range 9kHz to 40GHz for commercial product testing such as FCC Part 15 Subpart B, section 15.109 testing.

Our Radiated emissions test site is compliant with both ANSI C63.4: 2014 and CISPR 16-1-4: 2010 + A1: 2012 standards in the frequency range of 30MHz to 18GHz. This calibration is presently mandated for many test site measurements. You should perform testing correctly in accordance with the global certification standards and referenced testing mythologies. Consequently, you should be testing on a compliant test site for Radiated emissions.

We have also successfully performed the test site-specific hybrid antenna qualification of ANSI C63.4-2014. This allows us to use our hybrid antenna and increase efficiency by using the same antenna between 30MHz and 1GHz as opposed to using a bi-conical and a Lop periodic antenna.

Our iOATS test site is a 10m test site with a 5m, 3m and 1m standard measuring distances from the Equipment Under Test (EUT) to the measuring antenna. We have the capability to measure from 9kHz to 40GHz.

We use a compliant commercially available emissions software package. Our software allows both fully automated, Semi-automated and manual measurements. Furthermore automated radiated emissions measurements are performed with the highest level of accuracy and repeatability. Semi-automated radiated emissions measurements allow the input from our trained staff to decide emissions of interest.  Subsequently controlling the flow of the testing. Finally, we can also perform the measurements manually, this is especially useful for products with non-continuous functionality and emissions. Using the software this way allows complete freedom. Allowing on the fly limit line inclusion, correction factors to be applied to the raw data and much more. Customers are required to prepare their product in the correct configuration for FCC Part 15 EMC testing. This includes the functionality or operation and also the associated cabling and much more. This brief blog article will highlight some of the requirements. FCC...

END_OF_DOCUMENT_TOKEN_TO_BE_REPLACED 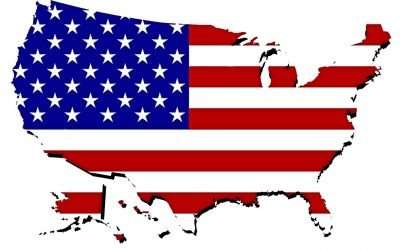 FCC Testing Part 15B and 15C in Australia

Why is FCC Testing Part 15B and 15C in Australia changing? FCC testing in accordance with the Code of Federal Regulations, Title 47, Part 15 (47 CFR 15) i.e. FCC Part 15B and Part 15C is going through changes. These Federal Communications Commission changes were...

END_OF_DOCUMENT_TOKEN_TO_BE_REPLACED
Manage Cookie Consent
To provide the best experiences, we use technologies like cookies to store and/or access device information. Consenting to these technologies will allow us to process data such as browsing behavior or unique IDs on this site. Not consenting or withdrawing consent, may adversely affect certain features and functions.Clicking Accept or Scrolling automatically accepts cookie consent.
Manage options Manage services Manage vendors Read more about these purposes
View preferences
{title} {title} {title}
GET A QUOTE