Get an ISED approvals Quote!
; 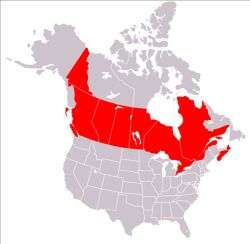 ISED marking is mandatory for certain product groups within Canada. For ISED testing compliance only emissions testing is required. Emissions testing includes radiated emissions and conducted emissions. The Canadian EMC framework ‘ISED’ (Innovation, Science and Economic Development) previously known as ‘IC’ (Industry Canada) defines the requirements for EMC Testing for Canada and product approvals. ISED is the Canadian agency regulating electronics and is very similar to the requirements of the FCC with some variations. Both North America (USA) and also Canada both share the same mains voltage (120VAC 60Hz). A valid registered test site is required for compliance and certification testing, please click here to view our Industry Canada registration letter. We can test to Canadian standards, but if your product has been tested previously and meets all the requirements for FCC or RCM compliance you might not need to test your product again. If you intend to sell/distribute your product in Canada you must meet the relevant FCC rules and regulations. You may also require a local representative, please call for further details on how we can assist.

Each product must be tested to the relevant applicable section of the ISED rules at a registered and accredited test site. Product test reports shall be held by the responsible supplier. Intentional radiators (Transmitters) must have the test report and associated technical documentation submitted to Industry Canada or a designated TCB (Telecommunications Certification Body/Technical conformity body). A local representative is required for declaration of conformance. Maintain records on file for the following five years.

ISED accepts FCC (Federal Communications Commission) test reports with some additional information. If your equipment meets the limits set out in the applicable ISED standard when testing for FCC compliance, your equipment need not be retested. Additional requirements apply, as follows:

All intentional radiators (transmitters) must be certified for IC this can be done using a Technical Certification Body (TCB).

For unintentional radiators (unless otherwise stated) shall undergo a verification process to ensure they meet the requirements.

Why use EMC Bayswater for your ISED compliance certification requirements?

We are NATA accredited for FCC Part 15B testing, FCC test reports are commonly used in conjunction with the relevant test site listing and cross-references within the FCC test report for compliance with the Industry Canada requirements. Please visit our EMC testing page for details of other EMC compliance testing services we offer.

Testing should be conducted at a test facility with a compliant ANSI C63.4 testing facility in order to perform the measurements. A compliant test site must technically conform with the physical characteristics defined and the test site validation results. Previously these results were sent to Industry Canada for review and subsequent grant of the registered test site.

Verification is required for products falling within the scope of Canada’s Interference-Causing Equipment Standards (ICES). ICES-003 covers general digital device emissions from products in much the same way as FCC Part 15. But is only relevant to digital circuitry and does not extend to receivers or transmitters. The digital device emissions (ICES-003) incorporates the same list of exempted devices as FCC Section 15.103.
Under this section, a device must comply with radiated and conducted emissions. Radiated emissions are the energy radiated into free space from the entire unit as a whole including cabinet radiation and cable radiation. Conducted emissions are the energy radiated conducted back to the mains network. For both radiated and conducted emissions there are two sets of limits, Class A and Class B.

Both limits defined are generally acceptable independent of the environment they are intended to be used. However, application of the product warning labels and accompanying product documentation may differ.

This Radio Standards Specification (RSS) sets out the requirements for license-exempt low-power intentional radiators, defined as Category I equipment as per RSS-Gen. The applicable standard for low-power intentional radiators in Canada. For Category 1, equipment correspond corresponds with FCC Part 15 Subpart C. The two are very closely harmonized in terms of permitted frequencies, types of operation, and other technical requirements, but a separate certification application is required for Canada. Receivers for RSS-210 transmitters also require certification (versus the Part 15 processes of verification or DoC), with applicable limits to be found in RSS-210.

Whereas the receivers used for many high-power radio services in the United States are tested for compliance under Part 15 Subpart B rules, Canadian receivers for other than RSS-210 are certified under the Radio Standards Specification standard for the relevant transmitter, such as RSS 119 or RSS 130.

Can I use results from FCC, CE or RCM testing?

It may be possible to use FCC results with the addition of cross-references to demonstrate compliance with the IC requirements within either the test report or accompanying documentation.

It may also be possible to use the same results depending upon the methodologies used (as many of the intentional radiators/transmitter testing methodologies vary between FCC and CE). In addition, if the product is mains powered it must be powered by 120VAC at 60Hz. It may be possible to use the CE radiated emissions results if your product has a DC input port and a separate AC/DC plug pack that is already FCC and CE compliant (but conducted emissions is still required).